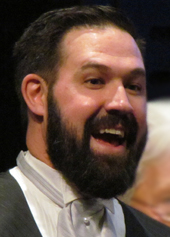 Our Director, James Knox, Professor of Music and Director of Choral Activities at Central Oregon Community College, directs the Cascade Chorale, the College Choir and is the founder of vocal jazz ensemble, Central Singers. In addition to teaching music courses, he is also sought after as a guest clinician locally and throughout the Northwest. Prior to COCC he was the Vocal Jazz Director at Portland State University and the Choral Director at Mt. Hood Community College. Through James’ studies he has had the privilege of working with distinguished conductors and composers from around the world, such as Arvo Pärt, Frieder Bernius, Veljo Tormis, Fred Stoltzfus, Simon Carrington, Joseph Flummerfelt, Morna Edmundson, Yaccov Bergman, Maria Guinand and Vance George. His involvement and love for music is also displayed as a baritone soloist. James’ work included principal role-Guglielmo in W.A Mozart’s Cosi fan Tutti PSU Opera Production, guest artist at Seattle, Washington’s Opera Banquet, Metropolitan Opera Guild’s regional finalist. He has been featured with Douglas Webster in the Oregon Symphony’s production of Leonard Bernstein’s Mass, and Peace Through Music pieces Dona Nobis Pacem by R.V. Williams, Cantata Misericordium by Benjamin Britten, Faure’s Requiem, Portland’s Baroque Ensemble, portrayed Jesus in the premiere of J.S. Bach’s St. Mark’s Passion, principal role-Cascada in The Merry Widow, and Menotti’s one act opera The Telephone, and he was Pooh-Bah in Obsidian Opera’s Production of The Mikado.  In September, 2014, Jim performed the role of Javert at Bend’s Tower Theatre in Les Misérables. March, 2017, as Schaunard in OperaBend’s La Bohème, with the Chorale as the chorus! In 2014, he taught in London in an exchange program at COCC. In the winter and spring terms of 2018, he took a sabbatical leave in Estonia for the preparation for the annual Song Celebration Festival and taught at the Conservatory of Vicenza, Italy, and the Miari School of Music in Belluno, Italy. 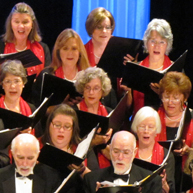 Make A Donation – support the Chorale: